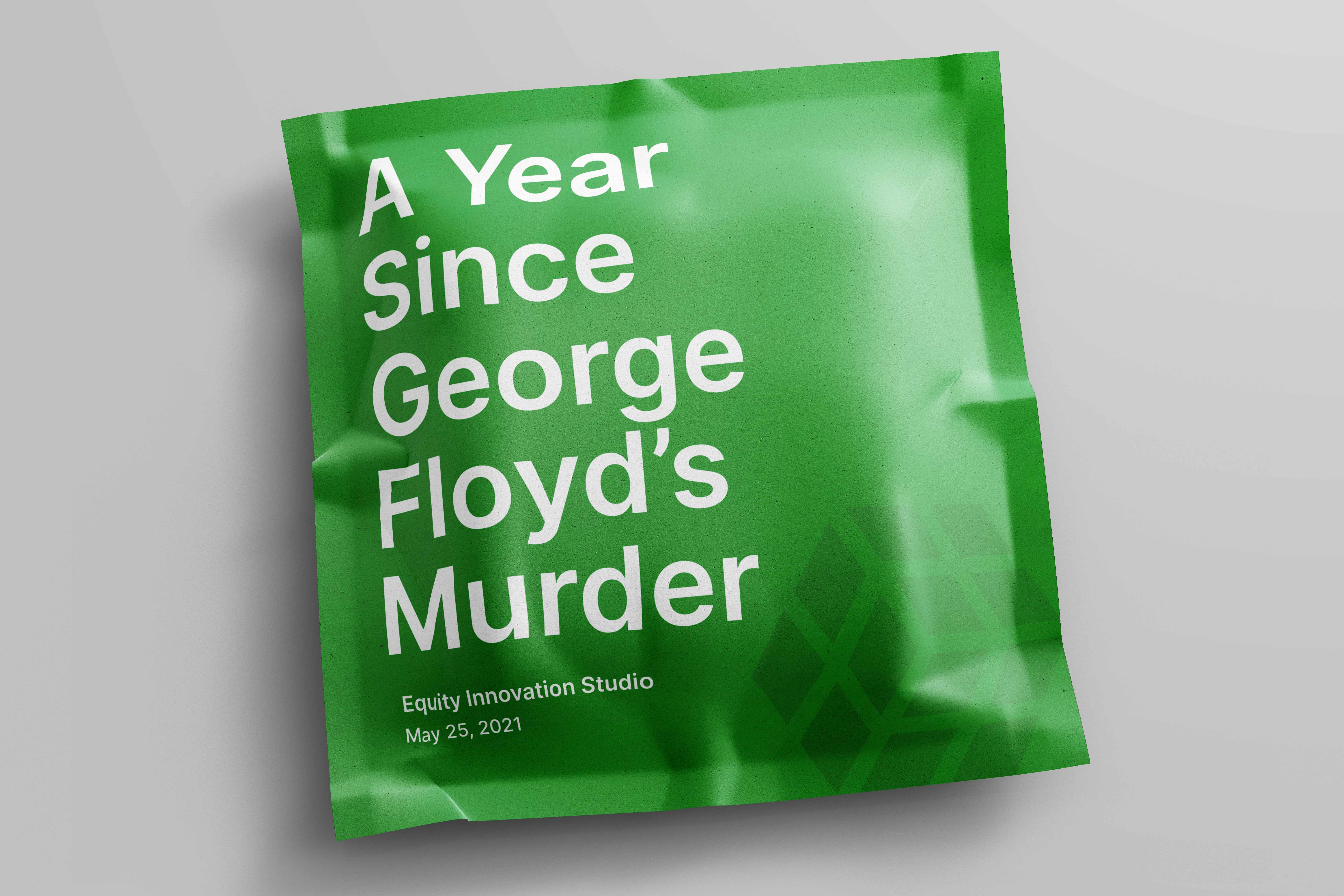 A Year Since George Floyd’s Murder

One year ago today, George Floyd was murdered by a police officer on a Minneapolis street. Floyd’s killing sparked what may be the largest protest movement in American history, driving millions of people into the streets in over 550 cities to call for an end to racial injustice and police brutality. Floyd’s life was every bit as unique, precious, and miraculous as every life the police have robbed from us before and after him, but his death fits into the horrifically commonplace pattern of police killings in this country that has been all too frequent since our founding. Across the country, millions of us have stood up — and continue to rise — to declare no more.

The past year has been filled with so many further tragedies and injustice to Black people that no amount of words could ever hope to convey. That pain persists, and as long as it does, there is no justice to be found in this land.

But the past year has also given rise to a national reckoning with systemic racism that continues to push the US painstakingly forward, and as we reflect on these two truths, Think Rubix wants to hold space for the varying perspectives of our team on this moment — what it means, doesn’t mean, and where the hell we go from here.

“Honestly, I’m exhausted. I feel we’ve had to learn and re-learn how to deal with death. So much so, we’ve had to learn to live with rage. And that’s not living at all. I just hope that the spirit of Black folks can, one day, know no bounds. That life and humanity can come to be valued more than power. That we’ll not need darkness to appreciate light.”

“I don’t want to mourn anymore. I want action. To me, the urgency of right now is about taking whatever those critical next steps of activism are, because we need to ensure George Floyd’s legacy is tied to actionable policy shifts and material change for communities. We’ve mourned, we’ve won a guilty verdict, we’ve activated millions of new organizers and movement participants, and in doing so we’ve seen just one part of the process come to life. So what are the next steps that help us truly change the system?

I want to spend more time making sure the activism that was spurred because of his death finds true homes and ways to be rooted. I want to allow spaces for the sort of transformation and change that we were asking for — for a system that doesn’t allow things like this to happen.

We need to continue having the hard conversations about what public safety means and reimagine the criminal justice structure in this country. We need to address all of the subsequent police shootings that have happened since George’s death and ask how we get justice for those individuals as we continue the process of changing the system. We need to formalize the activism that the past year sparked and make sure individuals who came into activism because of these really horrible moments find space to keep going, whether that is through restorative measures, community organizing, funding organizations doing criminal justice reform work or creating dynamic programs which hold institutions of power accountable to our communities.

I want everyone to reflect on where you exist in the pipeline to start addressing these issues from your vantage point. How can you continue to advocate? There are key ways to plug in: whether it’s aligning yourself with political candidates with the platforms that support reimagining public safety, running for office yourself, or aligning with organizations that are pushing the conversation forward. The movement can’t survive without all of us, and there is a place for every single person.

We owe it to George to keep moving forward.”

“I’m interested in accountability. Last year, huge companies all over the world were famously shocked by systemic racism — apparently, for the first time. Like many other examples, Black death became the catalyst for the next version of anti-racism theatre. Sure, it’s a great thing that powerful people talked about destroying racism, in all of its forms. Police brutality is so incessant and violent that it deserves a central focus, but it is far from the only institution crushing Black life and livelihoods in this country. We saw folks in power echoing that sentiment, but it’s all just lip service until we see actual change.

Equity buzzwords are constantly co-opted by organizations, institutions, and powerful communities to keep them on the pulse of culture. I want to know, one year on, exactly what did you change, what have you accomplished? How are marginalized people better off because you’re here?

Now, we have to recreate mental models that remind us how we all affect each other: as people, corporations, and nations, how we affect each other matters. People at the margins should be the first people we should ask the question: how were you helped? How were you hurt? And why?”

“Police have killed roughly 225 Black people since Derek Chauvin murdered George Floyd a year ago. The problem of police violence remains the same and so does the solution: to divest from policing and invest in the things that create peace and stability in our communities. Just as there is no such thing as a well-regulated version of white supremacy, reforming this racist policing institution is impossible.

Police do not keep us safe and do not resolve the underlying social causes of crime. Affluent white communities don’t have the most police. They have high quality schools, housing, healthcare and employment. These are the things that reduce harm. They’re the things that city, state and federal lawmakers can afford to fund but choose not to. Instead, they choose the police. We’ve got to stop this cycle of violence. It’s time for these elected officials to invest in us instead of in our judges, juries, and executioners.”

“People are tired of seeing police officers who do wrong get away with harming the community constantly. I shouldn’t have the tense feeling in my body when I see a police car near me or while I’m driving, knowing that I’m doing everything right and not doing anything illegal. Police brutality has turned into the norm and it is sickening. I understand that police go out and fear for their lives everyday on the field, but so does everyone else when you’re called to de-escalate situations instead of making them worse. I think the training to become an officer needs to be more challenging including more mental training.”

We desperately need to build a better world. Think Rubix works with our clients to do just that. Reach out to us today to see what we can — and must- accomplish together.