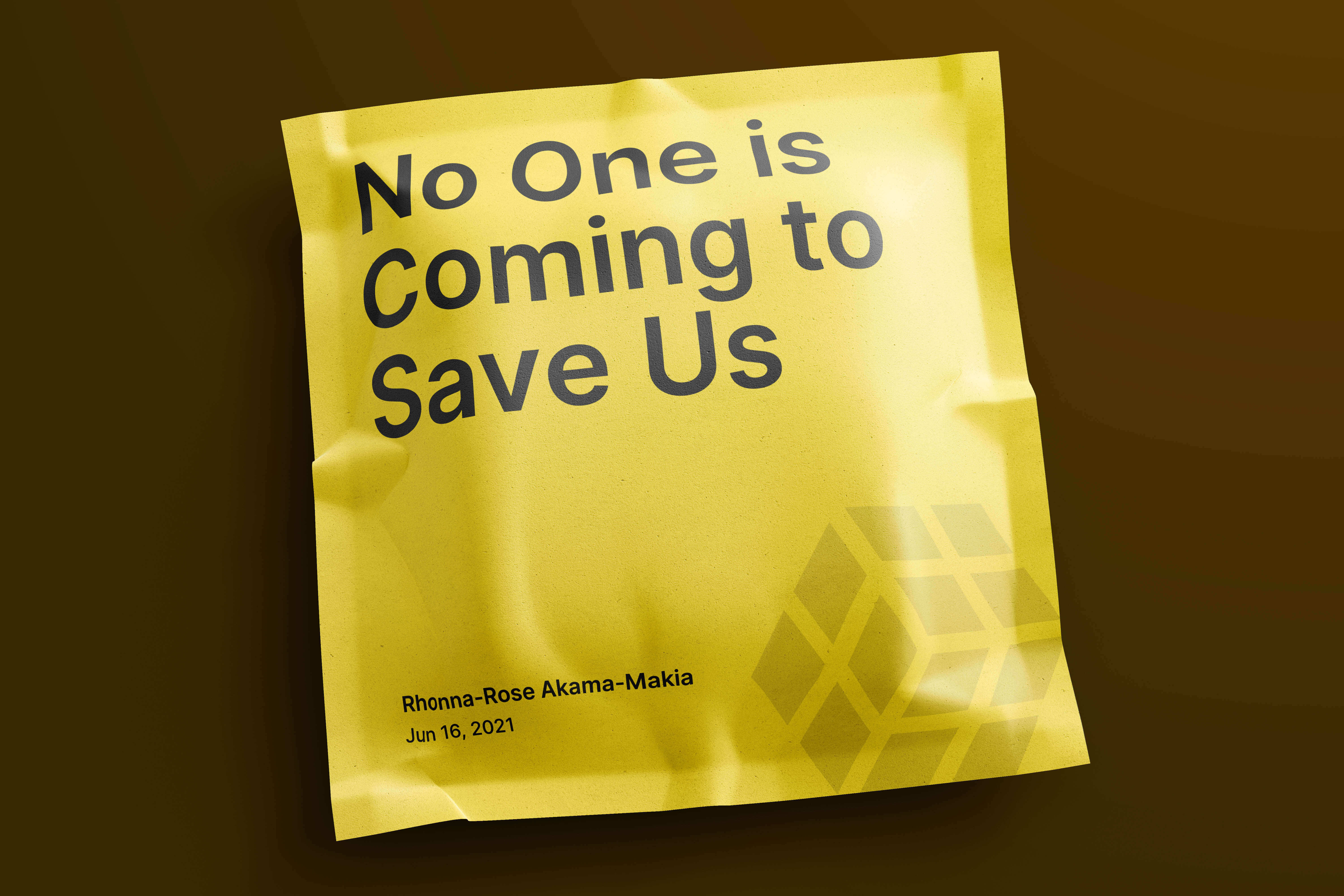 No One is Coming to Save Us

The top four reasons why Georgia’s plan won’t work in your state.

It’s easy to see why national Democrats are excited about the idea of replicating what happened in Georgia in the 2020 elections. How can you not get caught up in the historical moment of flipping the state and sending two Democrats to the Senate, opening the door to see Georgia as a blue state? Within weeks, those Senators were voting to send significant relief across the country and allowing for a record-breaking opportunity to occur. It’s thrilling to see decades-long efforts pay off. Your adrenaline rushes and your soul thinks anything is possible.

Of course, the adrenaline wears off eventually. You return home to your state or community and hear about bills being considered to stop future generations from learning key components of their collective history. You see the hunger in the faces of those who were hurting long before any pandemic arrived. You hear the challenges of those who voted for a national change without local returns.

It’s exhausting. It’s disheartening. It makes you think maybe that fleeting moment of victory was all just a dream. Maybe the hope I felt, that sigh of relief I experienced, was only in my head. Now, with the benefit of hindsight, I find myself asking: was the election of 2020 the most immense gaslighting experience of our lifetime?

For many southerners reflecting on what happened in Georgia, we start with applauding and thanking our neighbors for their efforts. So many people got in their cars and stayed with relatives as they worked to build relationships with voters and communicate the need for them to vote at all costs — to quite literally save our country from itself. But after the jubilation passes, all of us outside Georgia are left to wonder: who is coming to save the rest of us?

The short answer is: us. Southerners will continue to align with other southerners to remind ourselves that we have to do what we have always done. Show up. Build relationships. And Do. The. Work.

Connect with our Engagement Studio today to see how we’re doing the work — and how you can plug in.

However, if you’re sitting on the outside and allow yourself to be disillusioned by the sheer amount of hard work and strategic investments it took to bring change to Georgia, then you are setting yourself up for heartbreak. Any person who spent time around those organizing in Georgia, including members of our team, will tell you that there were some things in place that everyone just caught onto.

Georgia had the right infrastructure, people, and know-how already in place before anyone from outside the state came in to help, and the alchemy of all that mixed with outside investment helped drag it over the finish line. So if national Democrats are interested in trying to replicate that potion across the South, they’re in for a rude awakening unless they grapple with these four reasons why Georgia’s plan isn’t a one-size-fits-all solution for the South:

1. People Substitute The Work in Georgia for Work In Their Own State

A lot of folks across the region are coming off of a brutal cycle where many efforts were made to push forward their political views and/or candidates. For all the happiness about Georgia, there were a lot of disappointing, close-call losses across the South that could have been avoided. That’s because Georgia received outsized attention and resources from both Southern political groups and national ones, and some might argue that the disproportionate campaign paid off. I know many other states across the South that have plans ready to be implemented. It’s time we dust them off and start doing the work.

2. Your Resources Are Spread Too Thin

Let’s face the ugly truth: political victories often come down to who can best deploy their resources, and resources only come from raising piles of cash. Democrats are pretty good at fundraising, and, unfortunately, pretty bad at turning those dollars into strategically effective resources. Too often, we let the folks who donate to campaigns — who are not strategy experts — dictate how they want that money spent instead of listening to folks on the ground who know best what they need to eke out a win. If you’re not flush with cash (which you likely won’t be), then you can’t spread your resources across the whole state at once, so you need to think long and hard about where to deploy those resources best to have the greatest impact. Otherwise, you’ll just be flushing cash down the drain.

Advocacy and politics in recent years have made a sharp turn into glitz and glam, and that’s not entirely a bad thing — new technologies and advancements have undoubtedly increased efficiency within organizing efforts. The challenge is that much of the South has a HUGE broadband issue. Despite massive investments into the matter, “nearly 17 million children across America are disconnected from online learning because internet access wasn’t available or affordable,” and a lot of that digital inequity is concentrated in the South. When people try to build relationships using the latest tech, they are met with poor internet connectivity, crashing apps, calls being dropped, and so on. This is particularly challenging for people wanting to work together across major sections of mostly rural areas. Georgia is somewhat of an outlier in the Deep South states thanks to the Atlanta metropolitan area, so Democrats can’t expect to rely too heavily on the same tools and tech they used in DeKalb and Cook counties in places like the Delta.

4. Your Data is Incorrect

It’s an adage as old as organizing itself: your strategy is only as good as your data. If we don’t utilize the right tech and data grabbing tools available to get a clear look at all the core demographics of a state, our databases will miss key populations that we need to identify and reach out to in order to win (And no, we aren’t talking about the 2020 census). That means that organizations, whether social services or political, are challenged with understanding where their populations and key audiences are to provide accurate, up-to-date, and practical information. In the absence of good data, you end up relying a lot on word-of-mouth and welcoming neighbors, and that’s just not going to cut it when you’re trying to swing an entire state. State parties, national Democrats, and political organizations should all invest in good data management especially in off-cycle years, to ensure that campaigns can hit the ground running with the best information possible when it’s time to start convincing your people to turn out to the polls.

If the South is demanding to be heard, it would be wise to listen. We continue to be the backbone of a country that consistently ignores our cries for help. We remind others that instead of writing off an entire region as behind and not connected, it would do you some good to understand why — and maybe in doing so, you’ll figure out that we can fix it. Because the truth of the matter is, either way, we won’t be silenced for long.

Do you want to get a head start on making inroads into the South? Connect with our Engagement Studio today to see how we can help you reimagine the region. 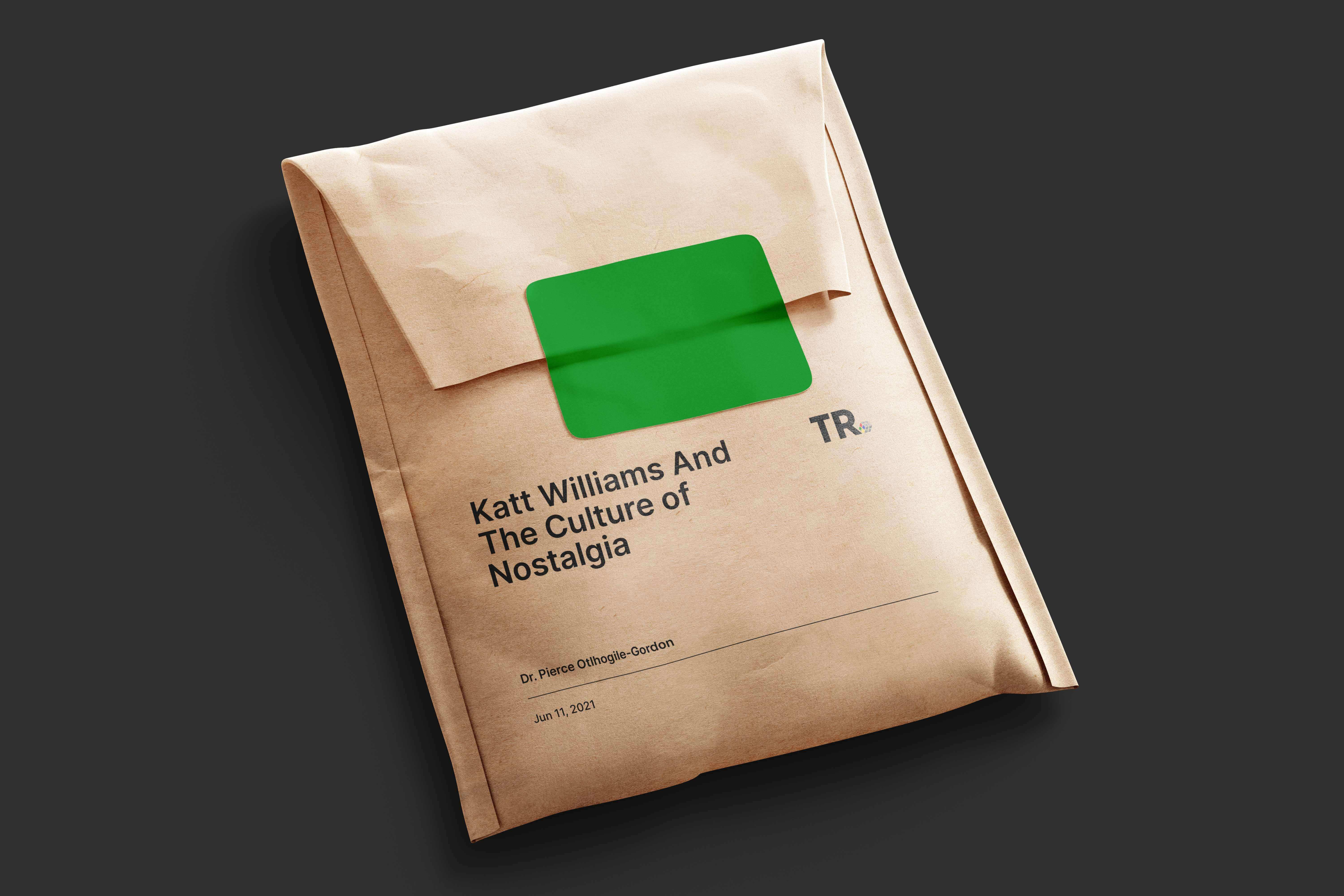 Katt Williams And The Culture of Nostalgia 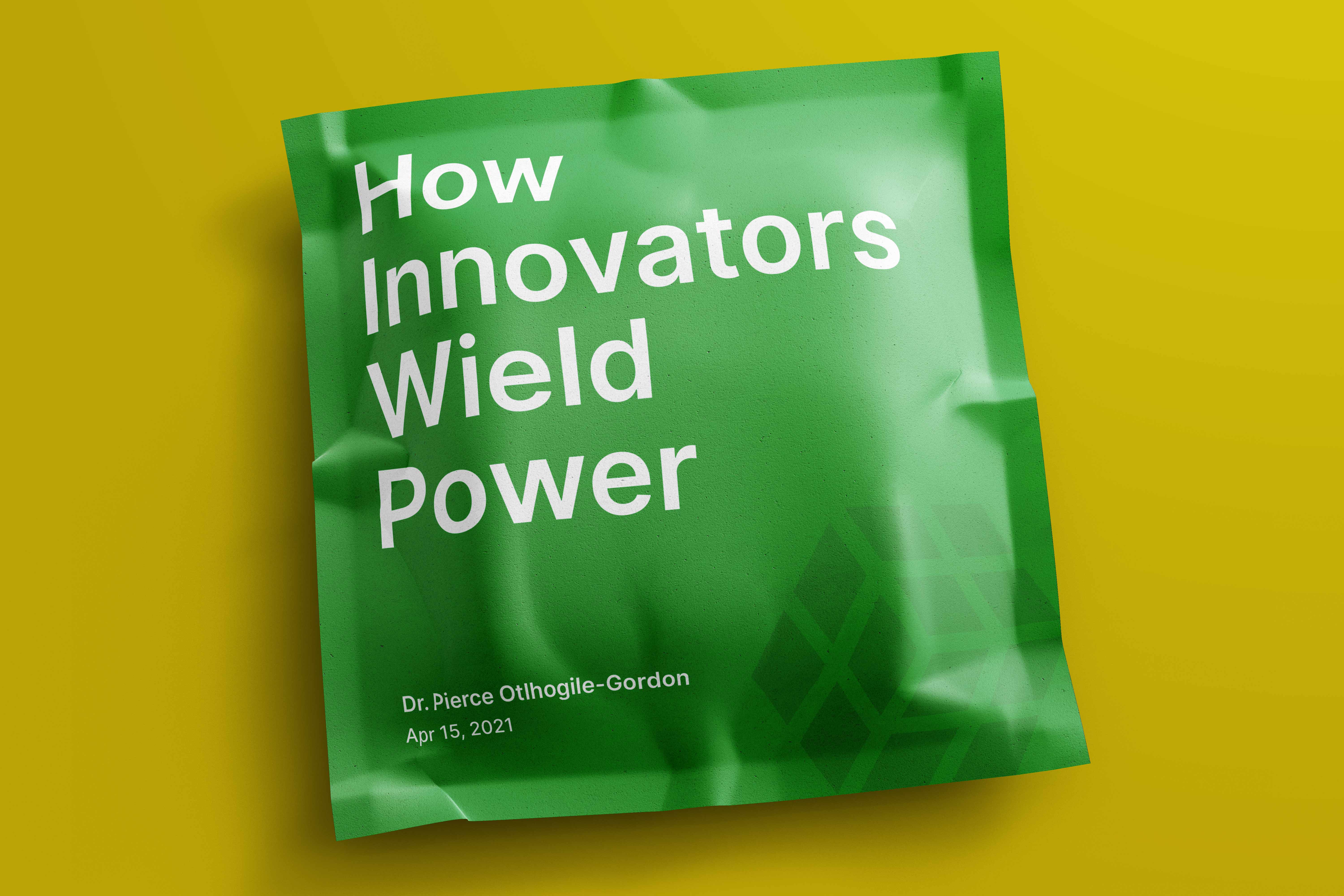 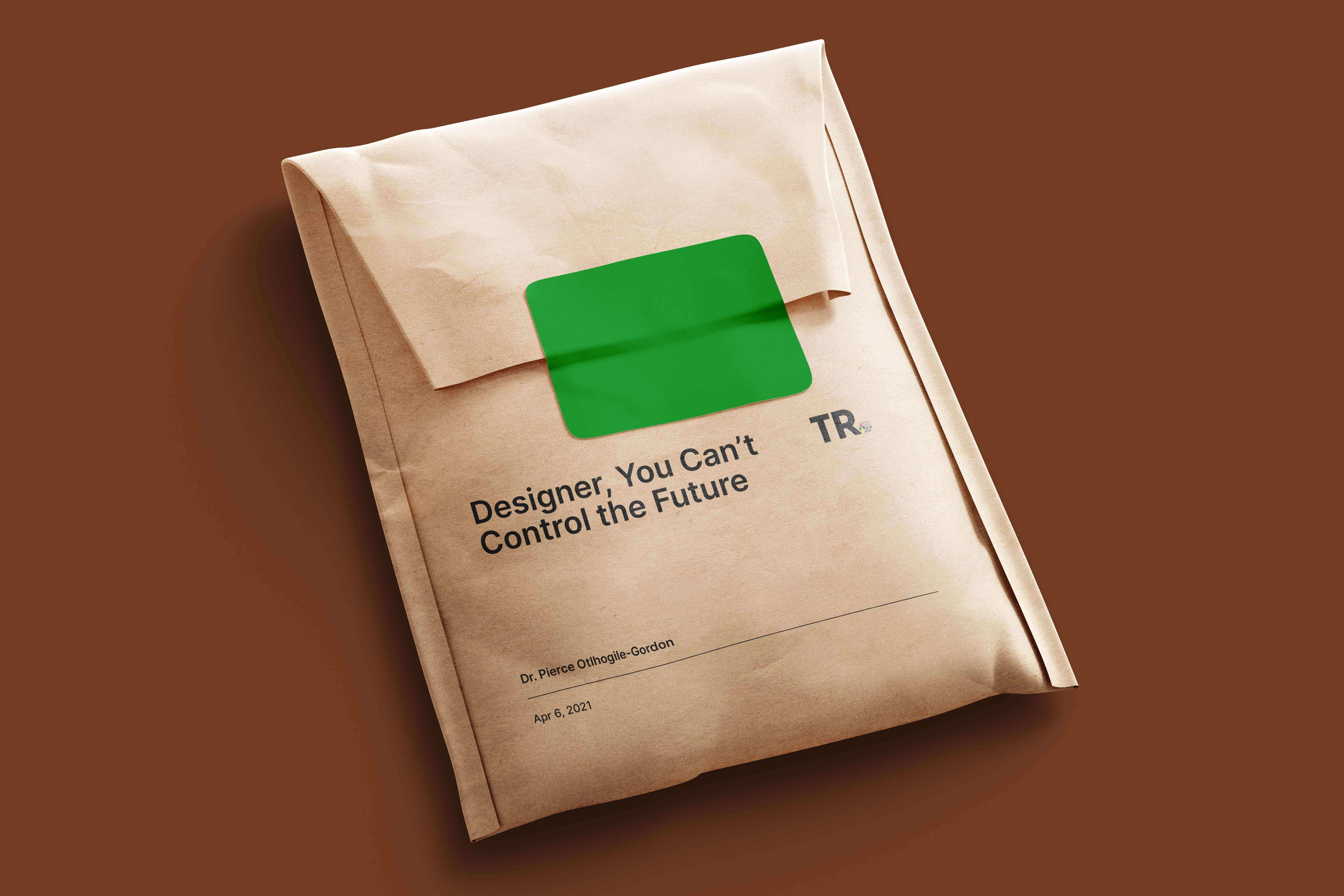