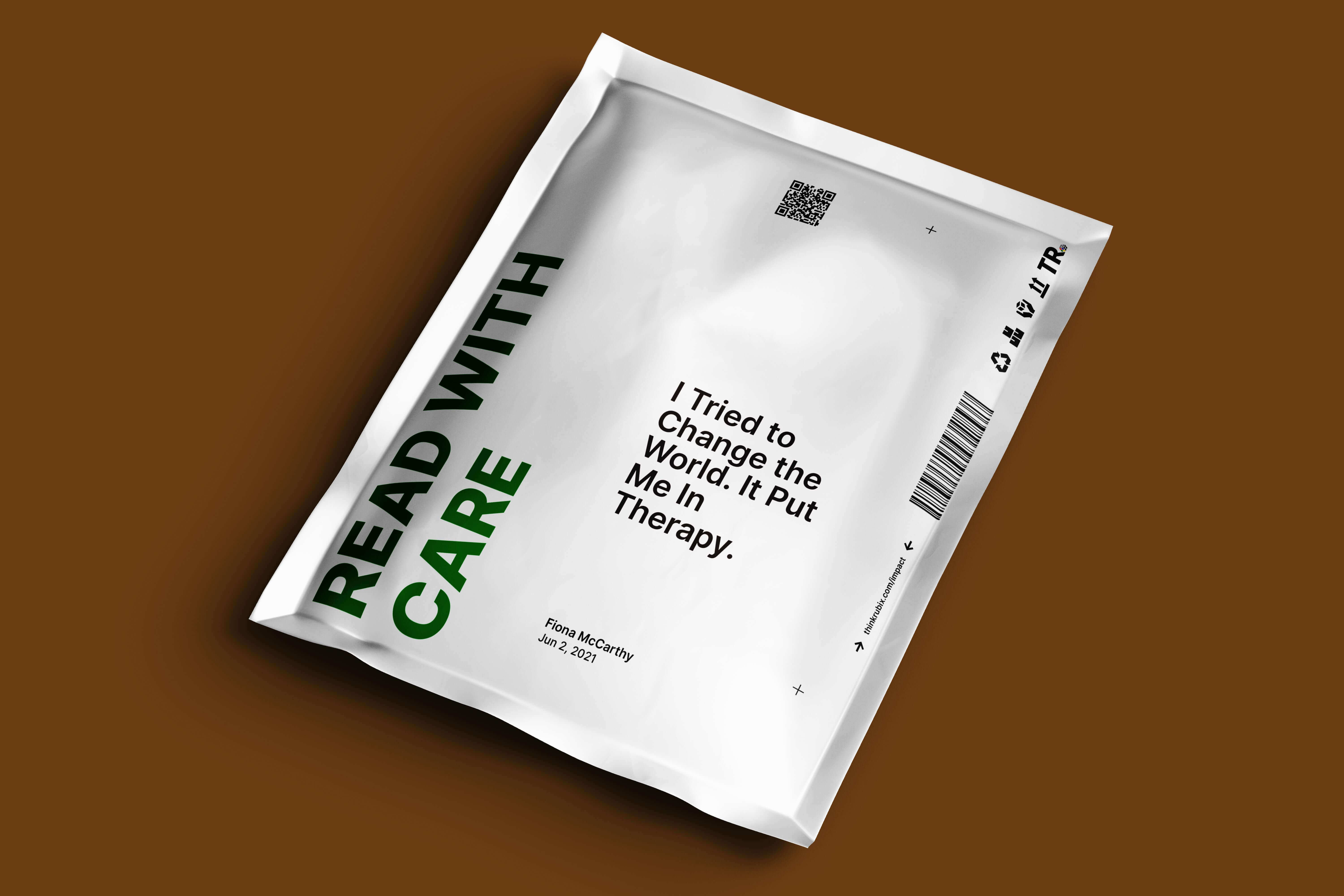 I Tried to Change the World. It Put Me In Therapy.

When rape culture made me feel powerless, collective liberation got me through.

In early 2015, I sought out therapy for the first time in my life. I was in my second year of college at the University of Virginia, and the school had just gone through a painful ordeal as the center of national attention after Rolling Stone published an article detailing an alleged sexual assault at a fraternity on campus. If you’re at all familiar with the article, then you probably know it represented one of the most egregious cases of shoddy, unethical journalism, and the claim at the center of it (at least in terms of how it was portrayed in the piece) was ultimately debunked. By January, the national spotlight had moved on, but the university hadn’t. And I hadn’t either.

The university had moved to sharply curb Greek life activities that were a pillar of the UVA social scene in the immediate aftermath of the Rolling Stone piece, but when the story fell apart, the backlash was unbearable. Men all over campus angrily claimed victimhood. They used the debunked story to try and cast doubt on all sexual assault allegations at the school, denigrating the work of survivors and advocacy groups on campus as manipulative witch hunts.

We had tried to use the Rolling Stone story to finally make the university pay attention to the countless other horrifying stories of assault on campus and take actions to protect women, who constitute 91 percent of all sexual assault victims. We highlighted the predatory behaviors in fraternities. We talked about how the university will expel someone for cheating on a test but has never done so for sexual assault. We discussed how the normalization of blackout-binge-drinking-Superbad-style party culture actually perpetuated rape culture. And when one story out of the millions fell apart, all our work was for nothing. We were met with mockery. Things returned to the intolerable normal.

When I contacted the university’s Counseling and Psychological Services (CAPS), I don’t think I was aware just how much the entire Rolling Stone ordeal had affected me. My learning only invigorated my anxiety: my climate science course opened my eyes to the existential threat on my generation, and international development courses essentially taught me how the world is unequal, unfair, and might always be that way.

I’d entered UVA bright-eyed and optimistic about all I could do to help people around the world once I got a degree, but it seemed like the more I learned, the more hopeless I felt. The university matched me with a therapist, and she diagnosed me with clinical anxiety after just one session of crying my eyes out and explaining how my feelings of powerlessness were keeping me up all night.

It’s only now, with the benefit of hindsight, that I can look back and see how all those experiences were connected. I’d always been a sensitive and anxious child profoundly bothered by all kinds of injustice and suffering in the world. I’d grown up in deep-red Republican territory in Virginia, and I made it through those years feeling lonely and isolated in my beliefs. But I took pride in bringing people over to my side inch-by-inch just by trying to find our shared human connection. I studied hard in school with the single focus of growing up, getting into a good college, and putting myself in some kind of leadership position so that I could make the world easier for people to breathe in. So to enter UVA and find that all those problems in the world were more complicated than anything I could hope to fix in my lifetime — even and especially within my own community — was a devastating blow.

In therapy, I started to understand that feeling of powerlessness causing my anxiety as a thread that connected me with marginalized communities all over the world. At that time, I was trying to live my daily life as normal in an environment that was unquestionably hostile to my status as a woman and survivor. But that environment was also hostile to every other marginalized person, because all oppression shares the same root. As the great Black feminist lesbian poet Audre Lorde once said, “there are not single-issue struggles because we do not live single-issue lives.” All forms of oppression speak to each other, intertwine, and reinforce each other.

I’ve had the privilege of learning these lessons later in my life. As a woman, I was always aware that I wasn’t going to abolish the patriarchy by myself overnight, but as a white person, I hadn’t yet fully grasped how whiteness centers itself in every aspect of modern life. I’d faced misogyny countless times, but that was a problem I understood. I was never blind to the systems of racism, ableism, homophobia, and so many more prejudices that underwrite everything in our society. It was just that up until that point, I’d never connected the dots between them to comprehend just how deeply interconnected those systems were, even in my own mind.

I thought we could save all these close-minded folks from themselves just by talking to them, and now I look back and cringe at the painfully white nonsense that statement really is. I still believe I’m responsible for checking folks in my own community on their bullshit (especially fellow white women) but we are never going to achieve collective liberation by focusing on individual change.

My UVA-appointed therapist did what she could by suggesting I confront my powerlessness simply by acknowledging I couldn’t control everything, and focus on doing little things to help big problems. She was well-meaning, but she was also wrong. Rather, I started to meditate on the words of the great Angela Davis, who said that “I am no longer accepting the things I cannot change. I am changing the things I cannot accept.”

I know deeply the pain and hurt of feeling powerless to stop a system hell bent on putting you through the wringer simply because of how you present to the world. My struggle against misogyny united me with all femmes, but collective liberation implies collective oppression. So it also taught me about my positionality, and how that made it imperative to understand and unpack the different kinds of oppression others face. It was a profoundly freeing experience. Trying to fight one dimension of oppression without addressing how it manifests in all its different forms was like trying to land a knockout blow with one hand tied behind my back. Collective liberation meant I wasn’t alone in the fight.

Collective liberation is the idea that there is only one single fight against oppression, because none of us are free until we are all free. The struggles of feminists are inherently aligned with the struggles of anti-racists, anti-imperialists, LGBTQ activists, and disabled activists. There is no way to achieve full liberation for women, for instance, without confronting how misogynoir uniquely shapes and harms the experience of Black and brown women. But more than just a framework for understanding the different ways oppression manifests, collective liberation emphasizes that systemic change is impossible to achieve alone. Systems are too big, too complex, and too deeply rooted that even the most powerful individual with the most thoroughly decolonized mind couldn’t abolish them. Everything we do we must do together, because there’s more power in community than I alone will ever hold myself.

I still struggle with my mental health. Some days, I read the news and get overwhelmed by the sheer amount of injustice and tragedy in the world and just want to hide underneath my covers. But approaching my mental health from this framework freed me from the questions that immobilized me back then — am I doing enough? Is it even worth it to try when the problems we face are so massive and difficult? Isn’t it all just hopeless?

I am not responsible for fixing the world, but I am responsible for making sure my world — the life I lead, the things I support, the choices I make — reflects the collectively liberated world I want to see. It means that I’m responsible for unpacking oppression in my own mind and in my community, and empowering others through whatever levers of power I can access: wealth, whiteness, or otherwise. It means I’m responsible for cultivating a community that I can trust with my own safety and liberation, and for recognizing that I’m not the only one who can or should solve the problems we share. It means that we are not tinkering around the margins, but confronting the beast head on — together.

Now, I work with a therapist who blessedly shares this mindset with me. She pushes me to unpack and leverage my privileges for collective good, and reminds me I’m of no use to anyone if I let my anxiety paralyze me. She tells me that self-care is community care, and she repeats that I am needed. I look at how I approach my mental health now and wonder how I ever made it through my darkest moments without the idea of collective liberation, and without a wonderful therapist and supportive community that basks in that truth together. And now I think that if, somehow, I ever did get the power to change one thing about the world, I would just want to make sure that everyone on this earth could experience the same. Maybe then we’d all get free.

In the Equity Innovation Studio, we’re deeply invested in collective liberation. Connect with our team today to see how we can liberate us all — only, and joyously, together. 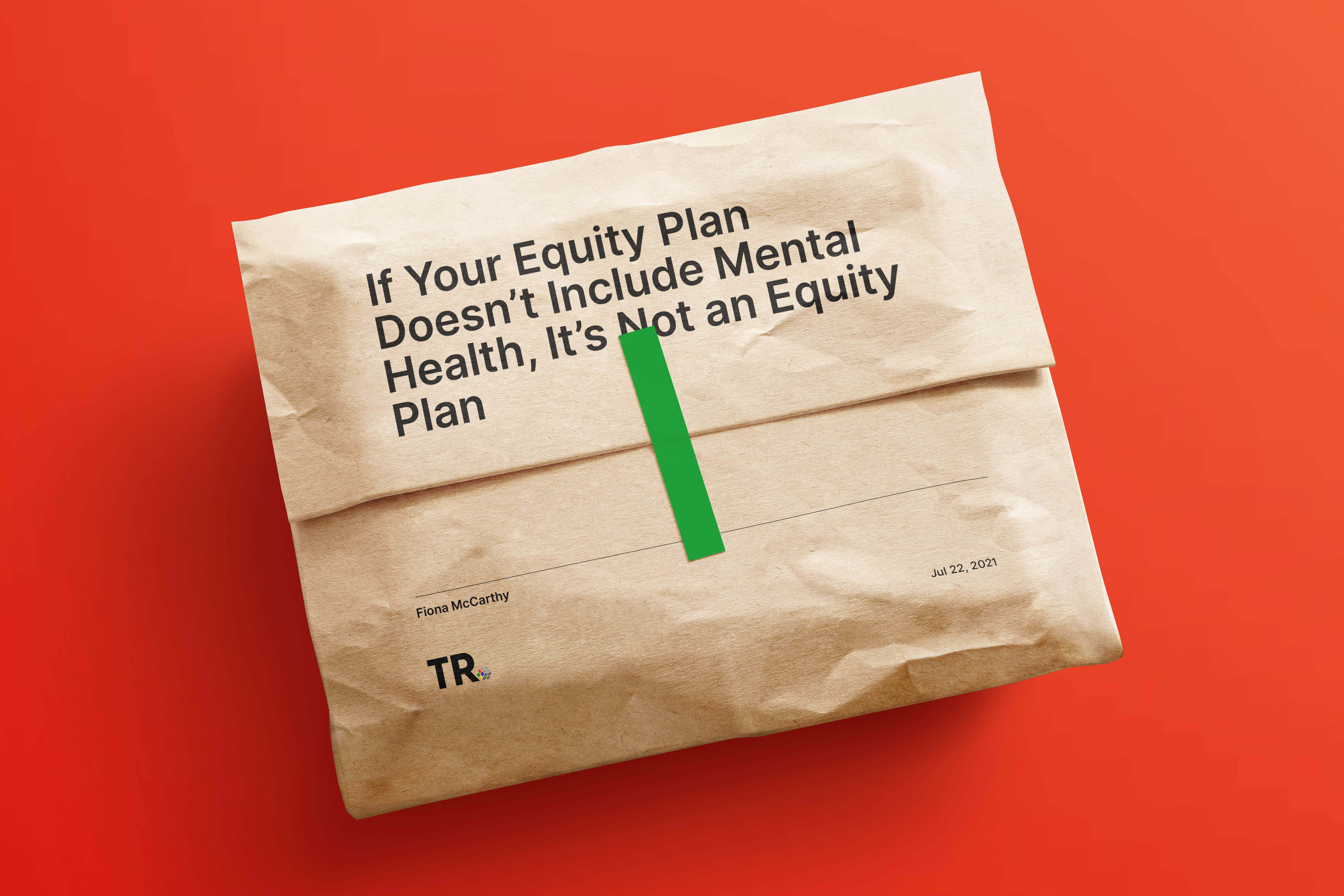 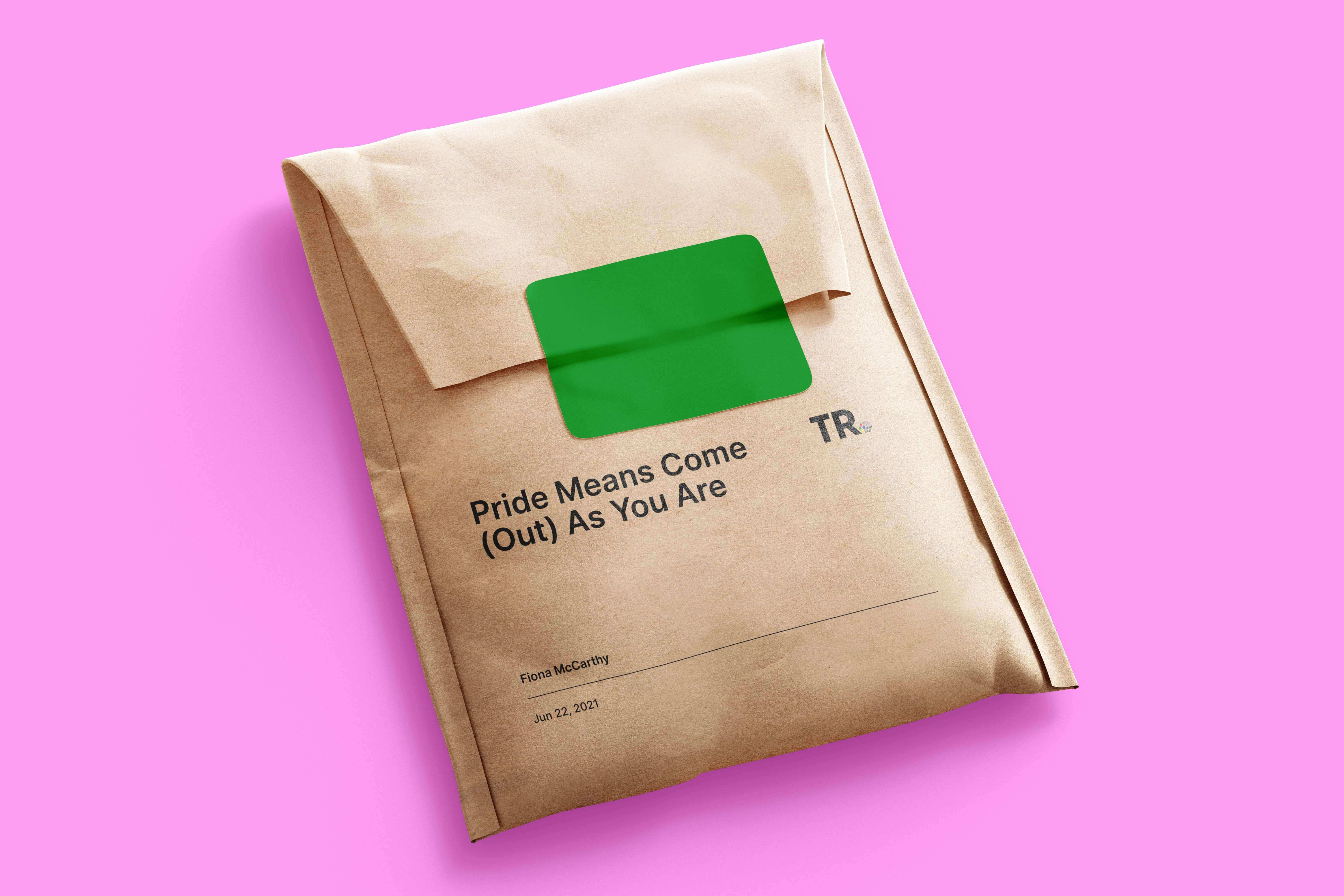 Pride Means Come (Out) As You Are 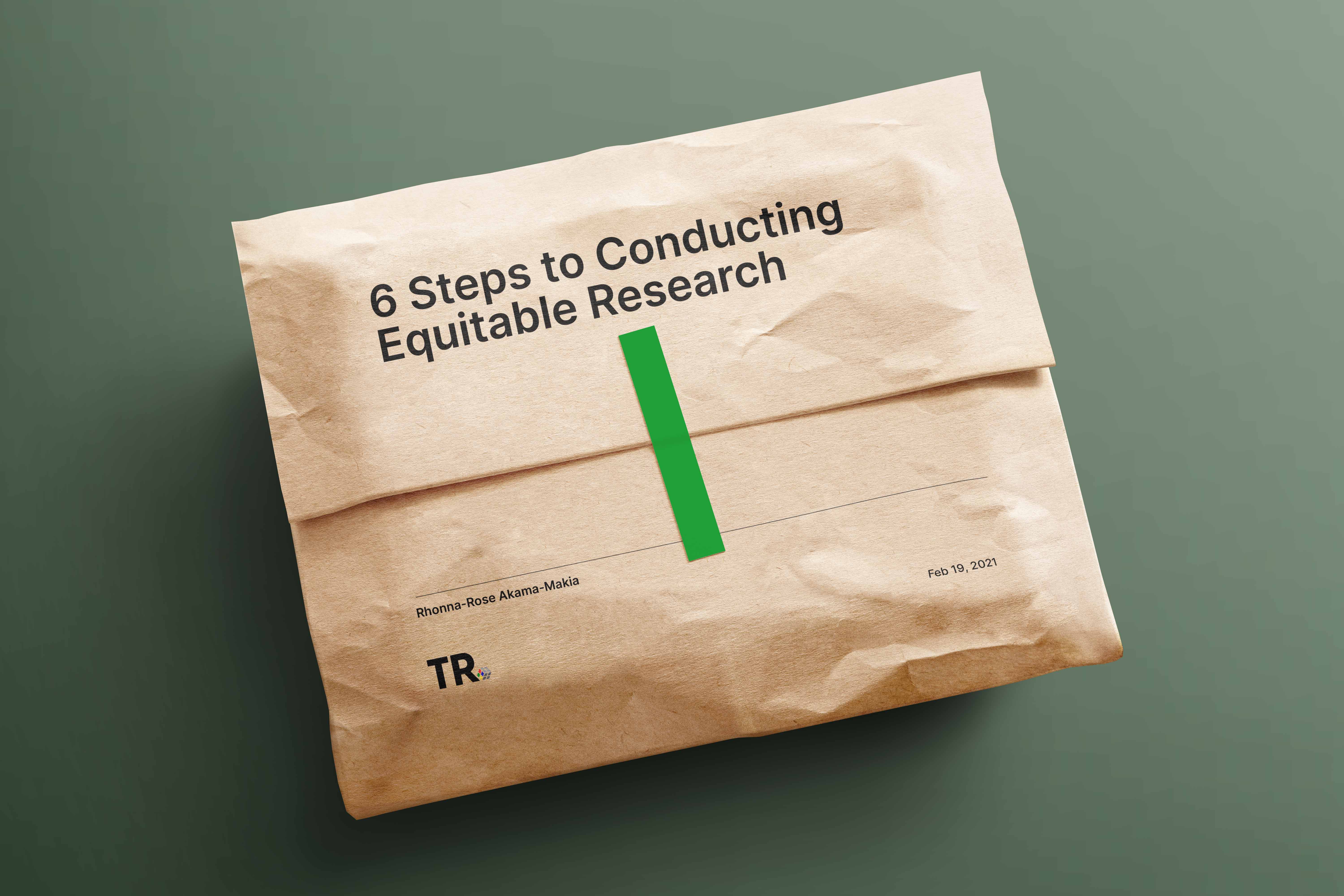