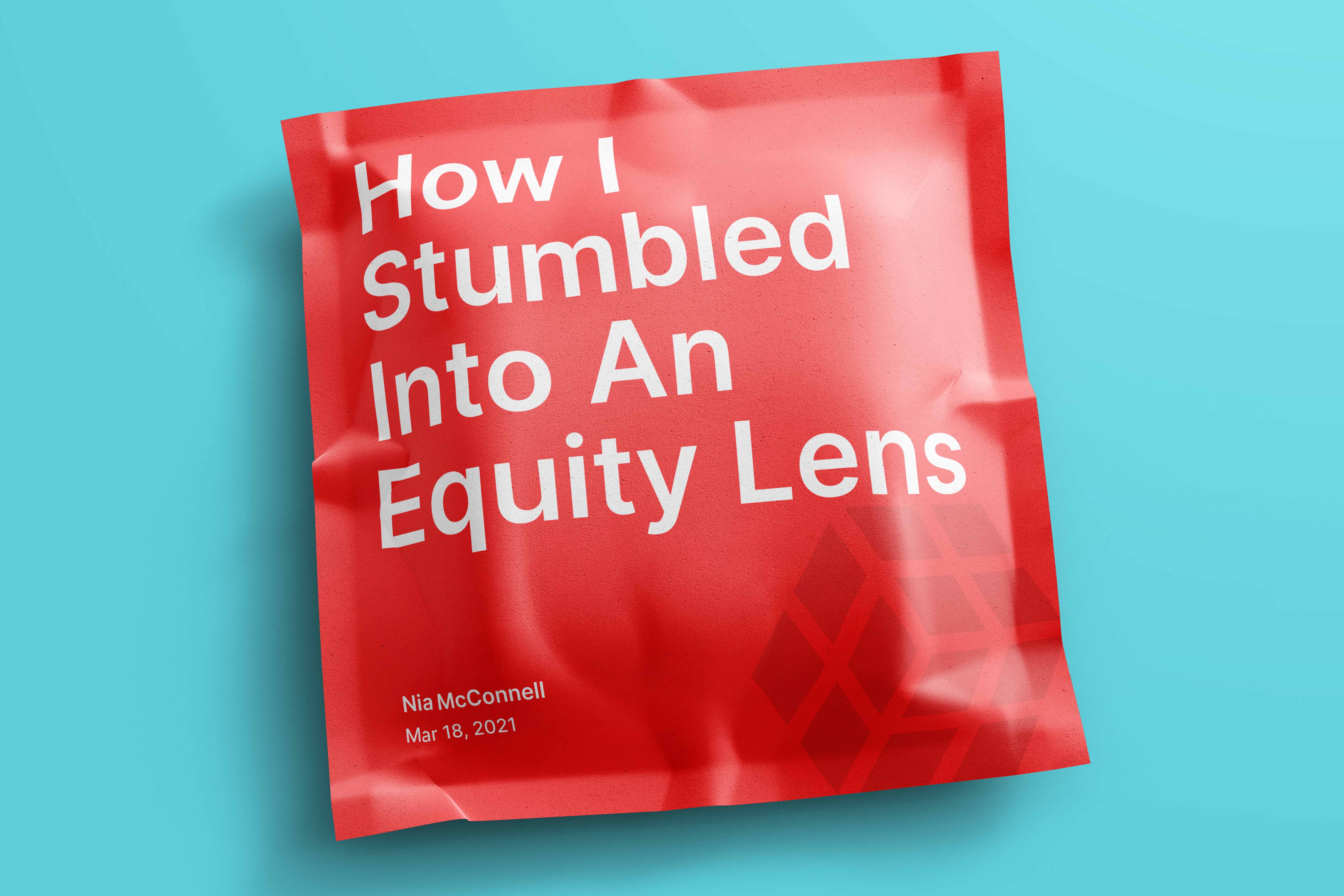 How I Stumbled Into An Equity Lens

It was November 2016 when me and my husband packed up our two year old and 4 month old, to leave our tiny, overpriced South Austin apartment to move to the natural state of Arkansas. As recent graduates of Huston-Tillotson University, the oldest higher education institution in Austin and a historically black college and university, we were naively excited about beginning our professional careers at another HBCU.

At Philander Smith College, I was so proud to introduce myself to the Little Rock community as the new administrative assistant at the Social Justice Institute. To my surprise, I was met with puzzled faces, head tilts, and deep breaths, but I didn’t know why. Admittedly, in that moment, I wasn’t entirely sure what the phrase social justice meant. But as the country wrestled with the deaths of Trayvon Martin and Mike Brown and the growing Black Lives Matter movement, I knew the work was significant — even if I wasn’t sure where my newly formed Black family fit into this progressive narrative.

I was raised in a family far too familiar with the challenges of systemic racism. Even if I couldn’t name the glass ceiling looming above my head, I knew my school wasn’t as adequately funded as the schools across town. I knew my grandmother worked nights to support both her children and grandchildren. I knew my mother fit a stereotype because she had me and my sister before the age of 18.

My grandmother was born in 1939 in rural east Texas. She shared stories with us of picking cotton, which is how she met my grandfather. After five kids and over a decade of marriage, he left the family, making my grandmother a single mom. She became no stranger to hard work, often having two or more jobs at a time like cleaning homes for white women, working an assembly line for Zoëcon® and Mary Kay cosmetic, and eventually landing a better paying job processing payroll at Bank of America. My grandmother was physically absent in many ways working day and night to provide for her family, but her love, lessons and expectations to do what was right were always present.

Our family navigated racism and trauma by acknowledging its existence but ignoring its consistent presence. We coped through scripture-filled Baptist church services and believed education to be the great equalizer, the key to unlocking upward mobility.

My mother decided that the middle and high schools in the suburbs were better for her babies. Most of my white teachers swore by baby Jesus, Southern hospitality, sweet tea, and diet Coke so I wouldn’t say I had the worst school stories, but I can say I eagerly opted to graduate a year early. I was tired of being the token smart and sassy Black girl and I hungered for a Black space that reflected my identity and celebrated my culture. I was exhausted from having to explain my freshly braided hairstyle or newest colloquialism. I was ready to trade my identity as an “other” and instead feel a sense of belonging when I walked into the cafeteria or administrative offices.

After sharing spaces and communities with white teachers, doctors, and bankers all I really wanted to do was ask them individually, do Black lives matter to you? More specifically, does my or my son’s Black life matter to you?

But I already knew the answer, and it sunk me to the depths of apathy. The answer to my question was in my white middle school teachers’ disdain for the first Black president. The answer was in their Facebook posts that excused police brutality and called for us to remember that “blue lives” matter too and we shouldn’t be quick to judge police shootings of unarmed Black men and women without all the facts.

Their silence, matched by complacency and justification of police brutality on Black lives, is the real reason that race matters. But I didn’t have the words to say that just yet.

With all those experiences weighing heavily on my mind, it was important for me to attend an HBCU after my time in a predominantly white-led public school district. And after my time there, I knew I wanted to continue down that path, forging my own place within my own Black community. Working at another HBCU was a natural choice.

I’m still not quite sure how I landed at the Social Justice Institute, but I was certainly more than qualified for my administrative duties. I opened the office, made copies, and cleaned the cobwebs off the unused office supplies while managing breastfeeding and pumping. The Institute was undergoing leadership changes and sought out fresh perspectives to reimagine social justice engagement on campus and in the broader South.

I listened in on strategic planning meetings and caught on pretty quickly that I didn’t share the same convictions as my new colleagues about matters of systemic racism, social justice and equity. Sure, I watched Chris Matthews host Hardball on MSNBC, rejoiced when President Obama was elected, wept when Travyon Martin was slayed, and felt outraged when his murderer was acquitted and set free, but I was an uninformed “Facebook activist” at best.

I’ll never forget the day I brazenly asked the Interim Executive Director why we rallied for the phrase “Black Lives Matter.”

He answered my question with a question.

“Do you believe all lives matter?” I cynically replied yes.

We were discussing the controversial Pepsi commercial starring Kendall Jenner. Admittedly, I didn’t yet see the problem with the 30 second advertisement — that I now understand — appropriated the national protest movement following the police shootings of African Americans.

Frankly, I didn’t understand why we proclaimed “Black Lives Matter” when history had already recorded the value of Black lives to this country. We were stolen, enslaved, raped, beaten, our children separated and sold, and once “freed” we endured the likes of Jim Crow. Since the dawn of this country, the rules for my race were different. Our middle school quiz confirmed we were only counted as three-fifths of a citizen. Our social studies textbooks documented the police dogs and water hoses unleashed on freedom fighters wanting the same rights and privileges as whites.

Somewhere on my path to the Social Justice Institute, I had become numb to racial inequity. I believed the lie that working hard and a college degree would pull me out of the systemic issues that plagued the very community I was born. My numbness towards the historical and present plight of Black Americans grew stronger with every viral recording of police brutality and the denial of conditions that shaped the acceptance of injustice towards Black people.

But that feeling could only last for so long in the face of the reality that systems are built, maintained, and sustained through that very same apathy — and that it will take systemic thinking to bring them down. My time at the Institute shook me awake, and gave me the words to name and unlock the feelings of righteous anger, deep sadness, and immense love that sit at the heart of all social justice work.

I may have stumbled upon the Philander Smith College Social Justice Institute, but this newfound opportunity had unknowingly begun to develop my equity lens. After my time there, I was finally emotionally and intellectually curious enough to understand why we must actively call out injustice in the face of bigotry, systemic oppression, economic injustice, and racial trauma. 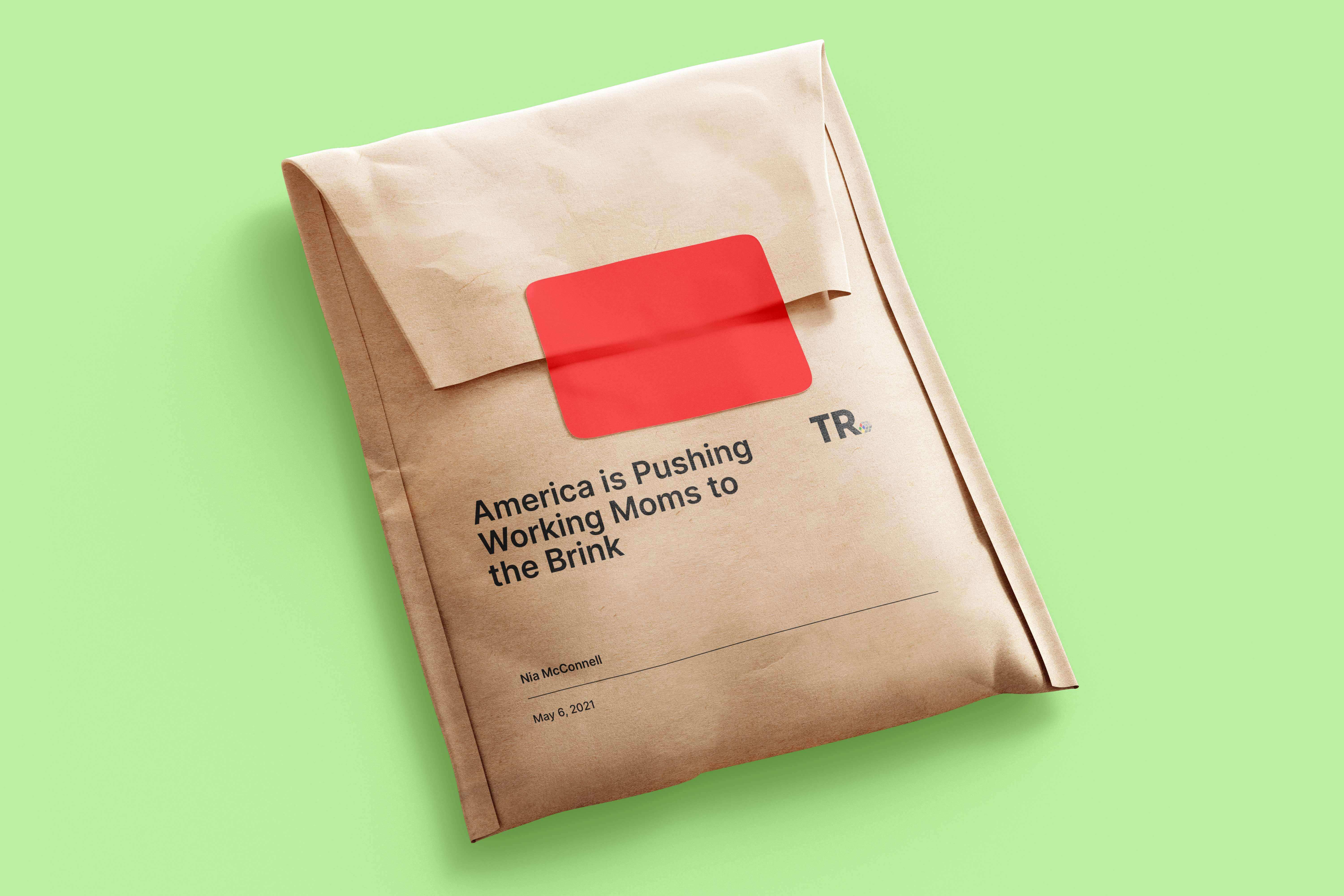 America is Pushing Working Moms to the Brink