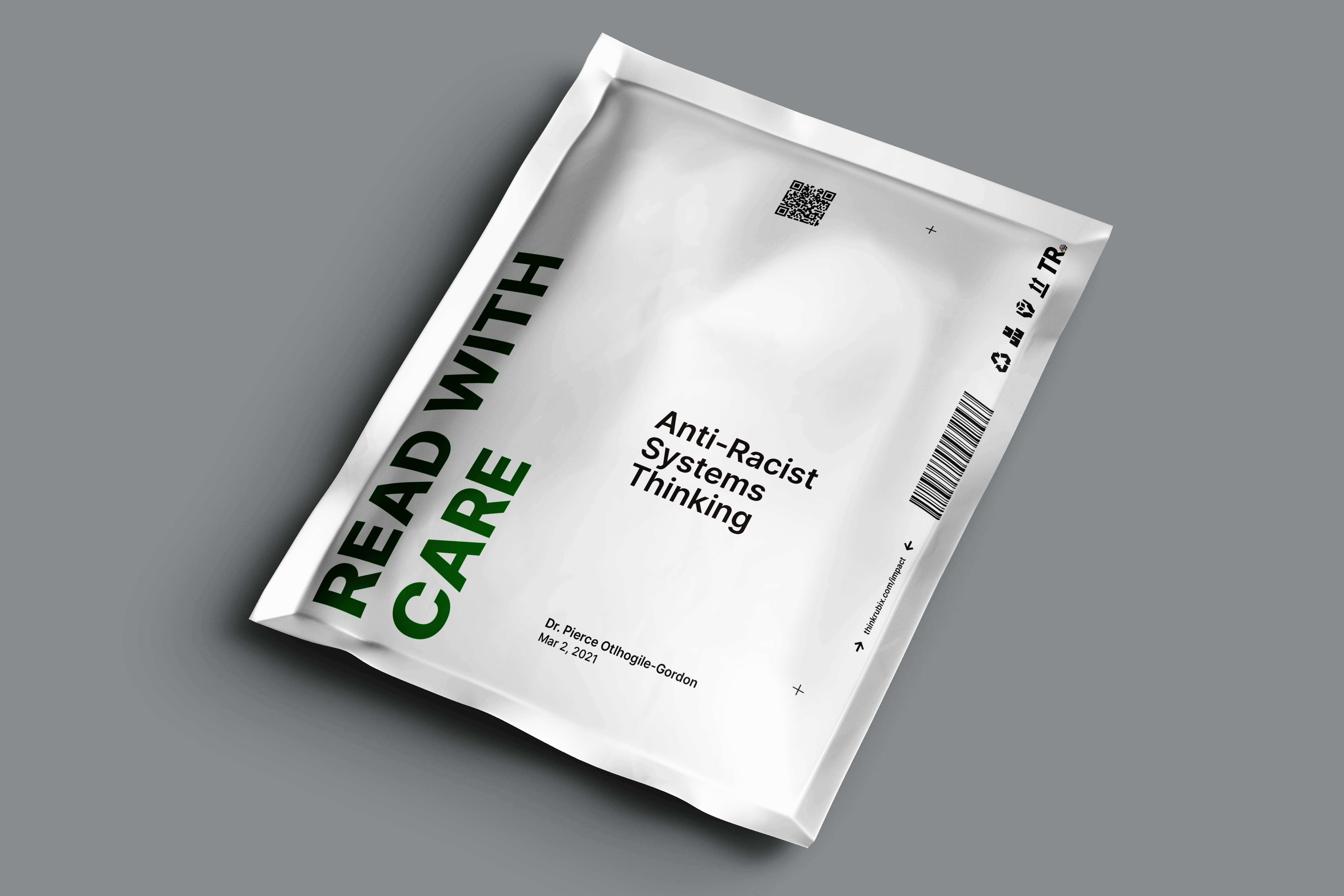 Everyone loves to talk about systemic racism. Why not use systems thinking to better understand how to address it?

In our world where the unprecedented is the norm, there are still a few things that remain consistent:

The world has operated in cycles for longer than humanity’s been alive. Every living thing on Earth wakes and sleeps with the rising and setting of the sun, we’re used to expecting summer, winter, and spring, and fall in sequential order, and we’re used to predictable celebrations like family birthdays and national holidays. These cycles keep us grounded, and keep us looking forward to events in the future.

However, many unsavory parts of our society also operate in cycles. People are still affected by racism across the globe in countless ways: vaccine apartheid, redlining, and environmental racism. There’s been a seemingly unstoppable increase in wealth inequity across the world that’s been accelerated by the pandemic. The dangerous effects of climate change wreak havoc across the world because of constant human effects on the environment; from the Texas blizzard to the California wildfire. These issues aren’t grounding; they're suffocating. They make the world feel like it’s impossible to change.

Fortunately, that’s not entirely true. These cycles all have an underlying structure that keeps the cycle consistent. Sure, humans have forever changed the world in big and small ways, but many of these man-made systems aren’t beyond our understanding. Where there’s a pattern, there’s a structure that we can surface to figure out how it works. Sometimes, even by learning more about the underlying ‘physics’ of these systems, we might find ways to shift them towards healthier and more equitable alternatives.

But, where do we start?

How many times have you heard the phrase ‘systemic racism’?

In short, it means that the actions, processes, and consequences of racism aren’t housed simply in the minds of evil men and women, who believe in caste hierarchy ranked by skin color. Sure, some might, and that might have been the case at one point in time. Instead, it means racism was imagined, designed, institutionalized, and mythicized so deeply that it no longer needs people’s consent to support itself. Practically, it means that explaining why Black Lives Matter to your racist uncle at Thanksgiving, your boss, or President Biden won’t affect racism on its own

The problem is that most people don’t know what it means for a problem to be systemic. Systemic to most people means the topic is all-encompassing, formless, and nearly impossible to influence. Issues like racism, sexism, and inequity are big, nebulous, and cyclic, and have been around longer than we’ve been alive. Why should we even try to change it?

If we take a closer look, however, we’ll recognize that’s not the case. Systems are being built, amended, and affected every single day. There are many examples of how systems were shaped before our very eyes:

Each of these issues signals a much larger social arrangement than any one of us can change by ourselves. Though it seems impossible — at first — for any one person to affect the larger system, with a deeper look, these systems become predictable. We also know there are certain relationships — and actions — that help us recognize how these smaller parts coalesce into a larger whole. And, once we know these structures and how they interact, we can apply methods to affect the larger systems to shape them to our will.

Roughly, when you know which cog to affect, the network becomes much easier to navigate.

The structure of Systems Thinking was popularized in the Fifth Discipline by Peter Senge, is a tool that recognizes how different parts connect, behave, and support the actions of the whole. In the text, he outlined the rules of understanding systems:

Let’s look at a simple example:

It’s clear to anyone who shouted Black Lives Matter — in practice or simply in name — that there’s an epidemic of police brutality that’s affecting black citizens in the United States. Any sane person would say, if asked, that needless death is never the answer to a healthy society. So, why does this keep happening?

This relationship is so predictable, it has a name. This systems archetype, called escalation, is similar to a relationship built between warring nuclear powers, or between two neighbors feuding about who has the better garden. On a micro-scale, each conflict has the potential to explode into a catastrophe — and many of them have. When zoomed out, the adversarial communities — police unions and Black Lives Matter protestors, for instance — spend their time preparing for the next conflict by building preparing for the next conflict: by supplying resources, and building strategy for their cause.

There’s more to this system than meets the eye, however. Clearly, there’s more power on the side of the police: police are rarely held accountable for their malpractice, and rarely recognize how the past affects their impact on the situation. Additionally, there’s rarely a way for community members to hold the people accountable for their actions. Because people in power are apathetic to the system’s effects, there’s not enough real pressure to change it.

However, we can learn more by including other stakeholders and their effect on the system as well.

Each system has a potential solution pathway that becomes more visible when you create the right model. For instance, the escalation model’s solution is to change the relationship from adversarial to cooperative; meaning, you introduce a mutual goal or enemy the communities come together to address. (Of course, it’s not as simple as finding a problem that BLM activists and police officers can team up to address.)

More complicated systems also offer ways to change the underlying structure as well. By naming each relationship, we can name the deep structure that keeps this system afloat. and figure out which ways we as a community can defuse the Black genocide. If we can learn about what motivates it, we can find ways to change it.

You might be a bit overwhelmed. Trust me, I would be too.

As you might expect, systems thinking is a tool that’s grown, adapted, and evolved towards countless topics across the world. It’s not perfect, but it offers a new way to look at our world. It’s taught at top academic institutions across the world, and it’s a toolkit you deserve to use to address systemic oppression.

So, how do we start?

Look for patterns of behavior.

Determine a useful system: its interconnections and boundaries.

Build and iterate on your system to see if it can be described better.

Tools of science, as powerful as they might be, are just that: tools. We can’t use systems thinking to address every problem, just like we can’t use a hammer to attack every nail. Useful Systems Thinking practice takes time, guidance, resources to do well. But, in a world where people understand so many problems as parts of larger systems, why not use every tool at our disposal to change them?

Put another tool in your toolbox. Let’s see how you’ll see your world differently.

Where do you need systems thinking for your organization, institution, or community? Let us know by emailing us at equityinnovation@thinkrubix.com.